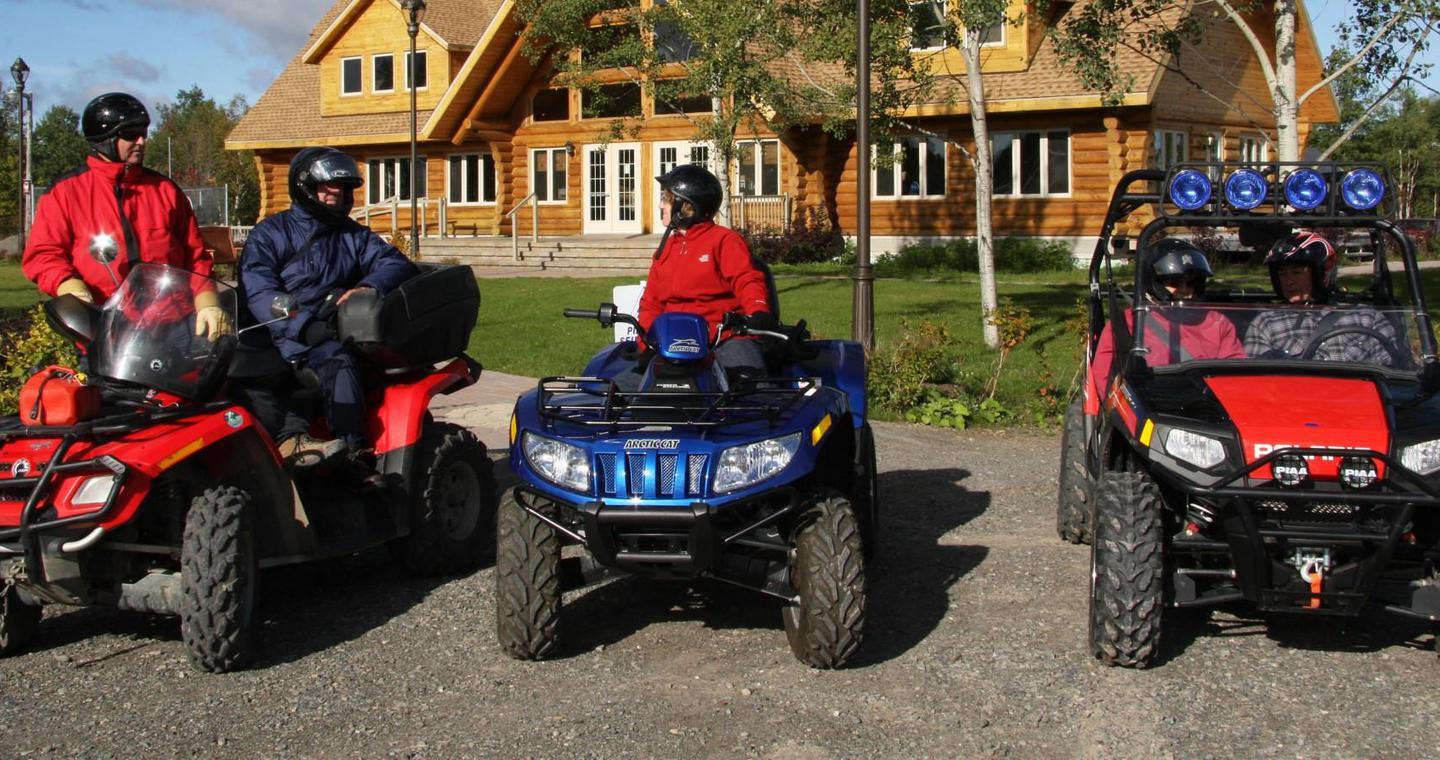 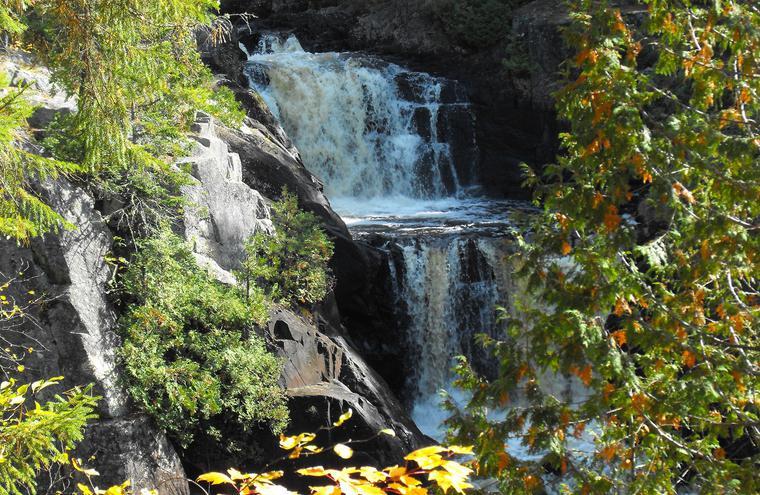 This tour offers a stroll in the region with, as a final destination, the magnificent Ixworth Falls. Several points of interest mark out the circuit, which easily lends itself to several scenarios, since it is carried out both clockwise and counter-clockwise. Leaving Saint-Pamphile to the east, you will have time to see the falls and deer devastation before arriving at the restaurant in the early afternoon... unless you have stopped by the Saint-Pamphile co-op grocery store to prepare a picnic. From Saint-Pamphile to the west, you will cross the covered bridge and stop at the Côte des Bois lookout. At that time, you will have the choice between joining the Monk Section by bypassing Lake Therrien for dinner at the Centre Sportif le Jasmin. In this scenario, you would go to the falls after the meal. Unless you have picked up your picnic previously ordered at the Casse-croûte Le Traiteur de Sainte-Perpétue and then continue your journey to the falls via the tipi of the Club des Défricheurs de L'Islet-Sud. 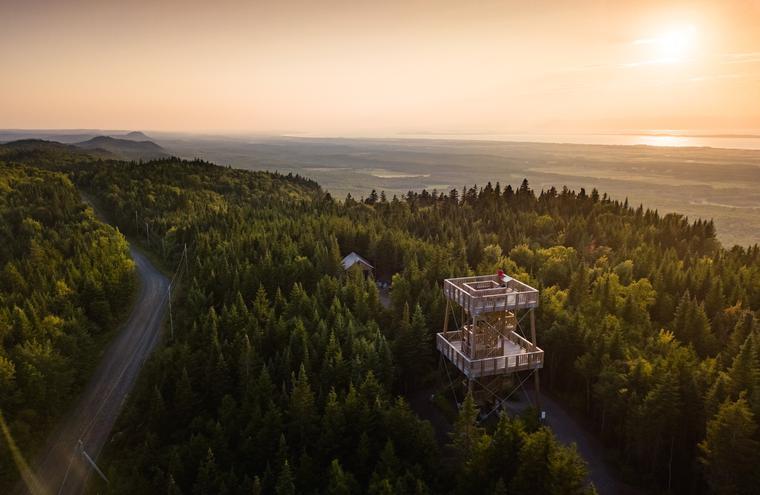 This scenic tour extends from the St. Lawrence Lowlands to the Appalachian Mountains of Notre-Dame. As you cross the piedmont, you will enjoy beautiful views of the region. The Lake Trois-Saumons observation tower is remarkable for its architecture and the 360-degree perspective it offers. The circuit crosses wooded areas and country plains in turn; it follows trails dedicated to recreational vehicles, forest roads and paved roads. While waiting for the development of new trails, it is a round trip circuit. Departure can be at either end; accommodation and food services are available in both cases. For those who would like to have a picnic, we suggest a stop in the Saint-Eugène area for local products. Please note that you will not find public toilets at the observation tower.

CIRCUIT OF THE LANGUE-DE-CHATTE AND LAKE FRONTIÈRE 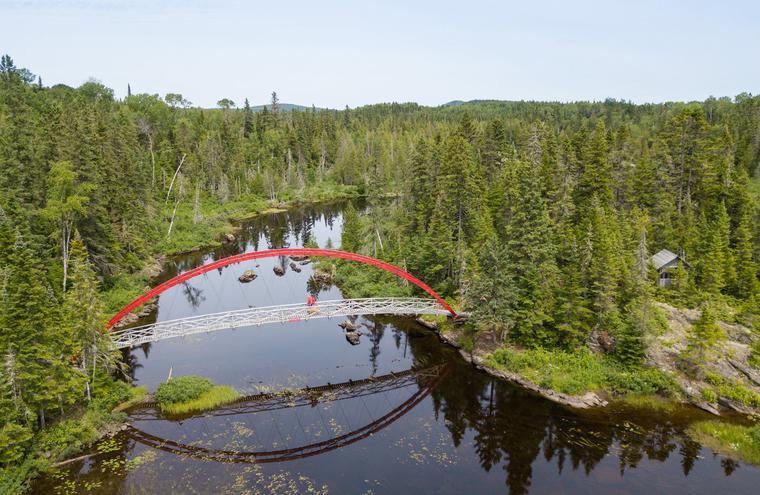 This tour takes you from Saint-Pamphile to the Black Rivière Noire-Nord-Ouest in the heart of the Parc des Appalaches. It is a circuit for those who wish to take it easy... either with a long picnic afternoon on the small beach of La Langue-de-Chatte or with a pontoon ride on the Noire-Nord-Ouest river. If you feel a little more active, you can also venture out on the Park's trails or on the river in a canoe or kayak. We suggest you order a picnic on the way to the restaurant Ô Sommet des Délices  in Saint-Adalbert. The circuit is in wooded areas and on dirt roads for almost the entire length. You will find dry toilets on the different sites of the Park. 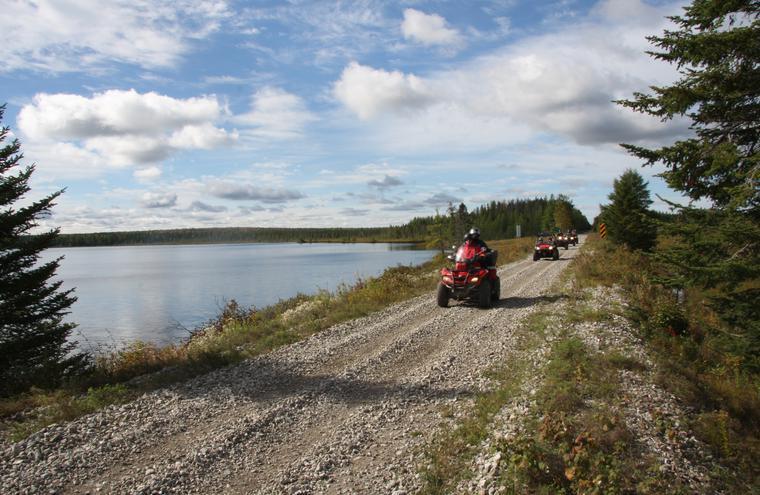 This circuit of nearly 100 km gives an overview of our home. Crossing almost all the villages in the south of our region, you will discover people who live respectfully from the resources of nature: sawmills, maple syrup production, non-timber forest products, agriculture, etc. From this first overview, you will know which areas to explore further during a future stay and you will have taken your bearings! As this is a circular circuit, you can undertake it at your convenience from any of the entry points. You will ride in turn on recreational vehicle trails, forest roads, rows and paved roads. 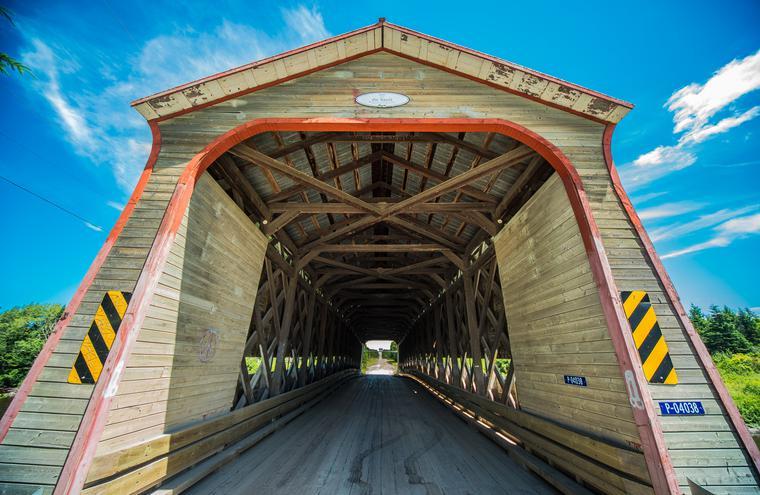 This tour through the Appalachian plateau takes you to the Appalachian Forest Stop where you can fish for delicious speckled trout (minimum 6 trout). Bring your portable barbecue and prepare your catches on site (picnic tables available). On the way, you will cross the covered bridge of Saint-Adalbert, the belvedere of the Côte des Bois, the moose hiking trail (2.5 km) and the Lake Therrien stopover. You will also pass through the Le Centre Sportif Le Jasmin  where you can refuel. The circuit mainly crosses wooded areas using forest roads, rows and recreational vehicle trails.

What to do Where to sleep Where to eat